PURVEYORS OF LUXURY
EYEWEAR SINCE 1806 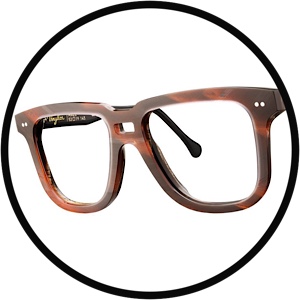 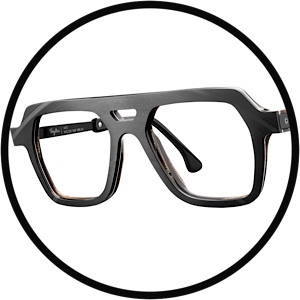 In 1998, while studying in Seattle, Hungarian-American Zachary Tipton’s vision began to deteriorate. It was the best thing that could have happened to him. Zack decided to make his own eyeglasses and founded Tipton Eyeworks in Seattle.

His first company made customized rimless glasses using titanium. Eventually Zack wanted to make glasses with more volume, but he couldn’t find the right materials to realize his vision.

One day, looking around his garage workshop, he spotted his father’s collection of old vinyl records. He realized eyeglass frames could be made from vinyl.

Beautiful broad horizons opened up and Vinylize was born. A prototype was handmade from an old Creedence Clearwater Revival album. Zack hit the road to find a way to manufacture frames made from vinyl.

In 2000, on a summer trip to Hungary, Zack showed his prototype to the directors of an eyeglass factory originally named Granvisus. Founded in 1962, the factory had supplied many socialist countries with fashionable eyewear but was now in what seemed like a hopeless decline.

For the next three years, Zack apprenticed at the factory. He learned everything there is to know about making eyewear. Together with the factory’s few remaining employees, he stuck at it until they made a prescription-ready frame surpassing European Union quality standards.

Armed with samples, including frames that have become Vinylize icons, Zack criss crossed Europe by train. He visited every optician in every city en route. Many became customers of Vinylize who are loyal to them to this day.

FROM DEFEAT TO VICTORY

In 2004 he joined forces with his brother Zoltan and re-founded Tipton Eyeworks, this time in Budapest. But sadly, the business they brought in wasn’t enough to keep the factory afloat. Between 2005 and 2007, the brothers continued to make eyewear however they could while dreaming of bringing production home.

In 2014, the machines originally used to make the first Vinylize frames were put up for sale. They were able to buy them and brought production home to Hungary where it’s remained.

Today, every Vinylize frame is handmade in Budapest by a team of 16 people. Each frame takes six weeks to make.

Over the years, they’ve partnered with some of the biggest names in music as well as internationally known brands.

In 2014, the Sziget Festival – one of the largest in Europe – invited them to design and make eyewear as special gifts for headlining acts. The relationship continues.

Since 2015, they’ve created hugely successful collections licensed by AC/DC and sold worldwide. These featured vinyl from classic albums Back in Black, Black Ice and High Voltage.

Vinylize designed the trophy for the prestigious 2018 and 2019 UK and Italian Best Art Vinyl awards.

Outside the world of rock and roll, they’ve collaborated with eyewear giant Maui Jim and, in an inspired move, we made eyewear that turned Nespresso coffee capsules into face furniture.

In 2019, they entered into an exciting partnership with Detroit’s Motown Museum. Designed and made by Vinylize, The Hitsville U.S.A. Sunglasses collection celebrates 60 years of the label, helps raise funds for the museum and enables fans around the world to wear the music of Motown. 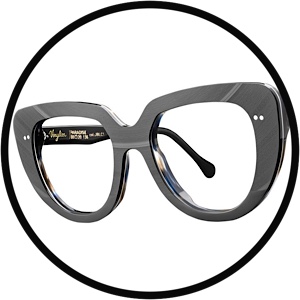 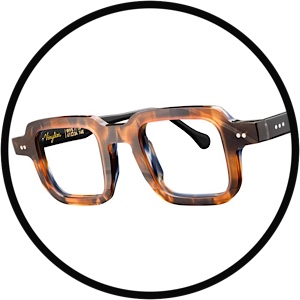 For your FREE Styling Consultation or to book an Eye Examination, call us on